It all stops here

We are a Bailiwick of Guernsey charity that supports and empowers those experiencing domestic abuse.

We are a non-statutory and independent service and are here to help you feel safer and support you as you make changes to escape abuse. Our dedicated team offer adult and children’s services. Our priority is around safety and working on an individual plan with our clients that will support you and your children in becoming safer in the way best suited to your needs. 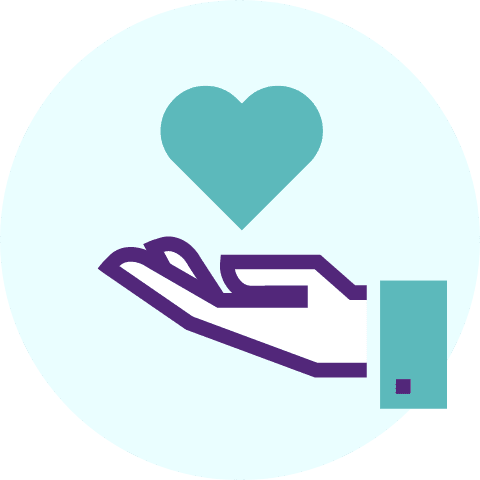 Julia suffered for years from her husband’s psychological and physical abuse. She was with him for 20 years and during that time he destroyed her self-confidence, isolated her from her family and verbally abused her in front of her children.

As Julia reflects back on her marriage there is great sadness, and she is often very tearful as she thinks back to some of her experiences. She is open about the first time he hit her and that she thought of leaving him then, which was very early on in their marriage, but believed it was a one-off and that she should try to make it work. Importantly, she was also miles away from home and her husband was the only person she knew here. Looking back, she says there was one red flag that she can only now identify. “We always had to move around, he couldn’t keep a job, he was always falling out with people and blaming it on them. Now I realise he just wanted to control everything and everyone around him and that did not work out in other areas of this life. Once her children were born, Julia channelled all her energy into raising them. She had to ensure constant criticism of her parenting skills and being degraded in front of the children, and this had and still has, a profound impact on her life. She self-referred to Safer after she and her husband separated. She first had an appointment with one of the outreach team who, after meeting with her, referred her case to one

The two worked together using visual resources to help explain and understand the insidious growth in control that takes place in an abusive relationship, which will have resulted in Julia being made to feel responsible and guilty for the abuse that was

Rachel was 14 years old when she was referred to KIDVA. She had witnessed a lot of domestic violence against her mother, and it was clear she also needed support. “As soon as I met my advisor the trust was instant.  We looked at how to cope, not only for me but for my sibling.  I always felt safe with her. She never pressured me, she guided me through the sessions, and we would end up talking about what was going on and then discuss ways to deal with the situation. When I was older, I got into a violent relationship and my adviser has worked with me around healthy relationships, both in terms of friendships, family and relationships which has been good”.  Some challenges are ongoing. “I still have separation anxiety from my mum and have a few things recently that I have had to deal with but now I know not to let things build up and if I need help, I ask for it.  My advisor has been incredibly supportive, not just of me but for my whole family. She really looked after us”.

Adam came to Guernsey a few years ago with his wife, who is a local woman.  He is a hard-working proud man with a strong family values who became a victim of coercive controlling behaviour.  It started with his wife questioning his every movement, calling him to find out where he was, even if he was only minutes late from work.  It moved on to monitoring his telephone, social media and eventually taking his phone away from him. Social gatherings became difficult, with his wife constantly criticising him and accusing him of being with other women.  Adam’s only option was to leave the house until his wife calmed down. This meant hours wondering around Town with no money and eventually spent some nights sleeping rough. Things eventually became physical with his wife taking to abusing him in their own home and on one occasion in front of family members, who called the police.

The police made a referral to the IDVA service because they were worried about his safety. An adviser made contact and arranged a safe place for them to meet, which was facilitated by Adam’s employer Often victims of abuse need a lot of assistance as they prepare to leave, including help with finding accommodation, setting up bank accounts and dealing with the local authorities such as social security, income tax and housing and Border Agency if needed This was certainly the case with Adam.  Adam has now got his own home, a new job and is living a peaceful and happy life.

We have a whole section on keeping safe including COVID safety, Browsing Safely and Safety planning.

Our support is non-judgemental, your safety is our priority. We are here to offer support, information and advice so you can make informed decisions about your future.

We use cookies to ensure that we give you the best experience on our website. If you continue to use this site we will assume that you are happy with it.Accept